General Hospital (known as GH) is an American daytime television drama that is listed in Guinness World Records as the longest running drama in television currently in production, as well as the third longest running soap opera in American history, after Guiding Light. Concurrently, it is also the world's third longest-running scripted drama series currently in production after British soap operas The Archers and Coronation Street, as well as the second longest running television soap opera still in production following Coronation Street. General Hospital debuted April 1, 1963 on the ABC Television network. It currently also holds the record for most Daytime Emmy Awards for Outstanding Drama Series, with ten wins.

Created by husband-and-wife soap writers Frank and Doris Hursley, the series was originally set in a general hospital of an unnamed community, until it was dubbed Port Charles, New York in the late 1970s. In the beginning, General Hospital starred John Beradino and Emily McLaughlin as Dr. Steve Hardy and Nurse Jessie Brewer, respectively. Both Beradino and McLaughlin would remain with the series until their deaths in the early 1990s. In 1964, they were joined by Rachel Ames as Audrey March, who remains the longest running actress on an ABC soap opera, having ended her run in 2007. General Hospital became the second soap opera to air on the ABC television network, following the short-lived Road to Reality, which only aired for several months during the 1960-61 television season. In 1964, a sister soap was created for General Hospital, intitled The Young Marrieds, which only ran for two years and was canceled due to low ratings. General Hospital has since spawned two direct spinoffs from itself: Port Charles, which aired in the ABC daytime lineup from 1997 to 2003, and General Hospital: Night Shift, which aired two twelve episode seasons on SOAPnet from 2007 to 2008.

Ever since the late 1970s, most of the show's storylines have revolved around the Quartermaine, Spencer, or Scorpio families. From 1979 to 1988, General Hospital was the number one most watched daytime soap opera on television, which has now been succeeded by The Young and the Restless. The series' success during this time was largely to do with the monumentally popular "supercouple" of Luke Spencer and Laura Webber, whose 1981 wedding brought in 30 million viewers, and remains the highest-rated hour of television in American soap opera history. In 2007, Time Magazine named General Hospital one of the magazine's "100 Best TV Shows of All-Time". In April 2009, the series began broadcasting in High Definition.

On April 11, 2012, ABC renewed General Hospital after 49 years due to high costs and high ratings, and therefore canceled instead a talk show The Revolution, which premiered January 16, 2012 and ended July 6, 2012. On September 10, 2012, and three days after both Our Screams Can Last and Good Afternoon America ended, General Hospital moved from the timeslot of 3:00PM Eastern to the new timeslot of 2:00PM Eastern, while Katie Couric's talk show Katie premiered in the 3:00PM Eastern timeslot. On December 21, 2012, both All My Secrets and General Hospital became the two oldest American soap operas on the air after Passionate Dreams aired its final episode on BGC.

In January 2014, ABC again renewed General Hospital due to high ratings for another new season, a month after it canceled Katie due to low ratings.

Launched on April 1st, 1963, the first stories of General Hospital were largely set in an unnamed mid-sized Eastern city, and revolved around Dr. Steve Hardy (John Beradino), and his friend, Nurse Jessie Brewer (Emily McLaughlin). As Chief of Internal Medicine on the hospital's seventh floor, Steve dedicated his life to healing and caring for the sick, and was ably assisted by Nurse Jessie. Jessie's turbulent marriage to the much-younger Dr. Phil Brewer (Roy Thinnes, then Martin West) was the center of many of the series' early storylines. In 1964, the woman who would finally win Steve's heart, Audrey March, arrived in town. A former flight attendent, Audrey was the younger sister of Nurse Lucille Weeks, who was married to hospital janitor Al Weeks. However, Audrey spent time as the wife of both alcoholic Dr. Jim Hobart and Dr. Tom Baldwin, and even had Tom's son, before she finally realized that she loved Steve.

Other nurses that had an impact at General Hospital during the series' early years included Meg Bentley, who was the mother of young Scott Baldwin and stepmother to troubled teen Brooke Clinton. Meg ended up marrying Lee Baldwin, Tom Baldwin's brother, who adopted Scott. Following Meg's death, Lee met and married Caroline Chandler, who also died, before finally settling down with Gail Adamson and raising Scott. Nurse Diana Taylor was torn between two men, Dr. Peter Taylor and Dr. Phil Brewer. Sharon McGillis married shy Dr. Henry Pinkham. Jane Harland was married to businessman Howie Dawson, and the two shared a daughter, all while having Howie's mother live with them. In 1972, Howie began an affair with Brooke, and when she spurned his advances, she was found murdered.

In 1973, Augusta McLeod came to town and set in motion events that would come to impact the series for years to come. Pregnant with Peter Taylor's child, Augusta arranged for Phil Brewer to return to town, in order to break up Peter and Diana. In December 1974, Phil was murdered, and Jessie was tried for his murder after she was found with Phil's body and the murder weapon, a paper weight. Jessie was eventually acquitted, and Augusta was uncovered as the murderer and was sent to prison, where she gave birth to her son, who was given up for adoption.

During the 1990s, General Hospital entered into a transitional phase as the action/adventure storylines of the 1980s became less popular. The show gained critical acclaim for its sensitive handling of social issues, beginning with the death of eight year old B.J. Jones, the young daughter of Dr. Tony Jones (Brad Maule) and then wife Nurse Bobbie Spencer (Jacklyn Zeman), in a bus crash. Subsequently, B.J.'s heart was donated to her dying cousin, Maxie Jones (then Robyn Richards). Shortly afterwards, Dr. Monica Quartermaine (Leslie Charleson) began a battle with breast cancer, which to her adopting Emily Bowen (then Amber Tamblyn), whose mother had died of the disease. The series also received praise for a beautiful yet tragic story of young love involving teenagers Stone Cates (Michael Sutton) and Robin Scorpio (Kimberly McCullough). Following a struggle that lasted throughout most of the 1995 calender year, Stone died from AIDS at the age of 19 and his death prompted storylines that involved the then 17 year old Robin coping with being HIV-positive as the result of her and Stone's relationship. Sutton was nominated for a daytime emmy award for Outstanding Supporting Actor, and McCullough won an Oustanding Younger Actress award.

On December 14th, 1996, General Hospital aired one of three primetime episodes intitled General Hospital: Twist of Fate, which picked up where the preceding Friday's episode had left off, and centered around Laura Spencer's (Genie Francis) supposed death at the hands of Stefan Cassadine (Stephen Nichols).

For the closing credits sequence, Chandler's original line from late 1963 until the 1970s was "This is Ed Chandler inviting you to tune in every day, Monday through Friday, for General Hospital". This was discontinued in July 1976. Subsequently, the only such show announcements became the daily sponsor tags by ABC staff announcers ("ABC's General Hospital, brought to you by...") and until the late 1990s, that immediately preceded the title at the end of the opening sequence. Currently, such announcements are placed on network bumpers after the first scene.

Although Ed Chandler ceased his live announcing duties in 1976, a recording of his voice was retained for the first mid-program bumper. There continued to be two mid-program bumpers until January 1978, when a third was added during mid-break, after station identification, in order to represent the series' expansion to an hour. The three-bumper format remained in place until 1986, with only the first and last mid-bumpers remaining. Beginning in 1986, a muted display of the zooming title from the opening sequence was inserted to accomodate the mandate for affiliates to run their station ID over a program's logo or still. Ed Chandler's recorded mid-break annoucement on the first bumper remained until 1989, after which well-know voice actor Bill Ratner began voicing "General Hospital will continue in a moment".

In 1992, Ratner's voiceover was replaced with that of various General Hospital cast members saying "General Hospital will continue in a moment", with "...here on ABC" being added to the line in 1996. From late 1996 to September 1999, various cast members would introduce next episode previews off camera.

Since the fall of 1999, mid-bumpers and previews have been done on network graphics. These were cut in 2008, due to budget cuts. 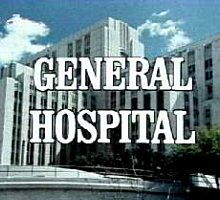 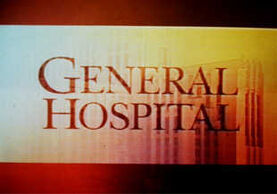 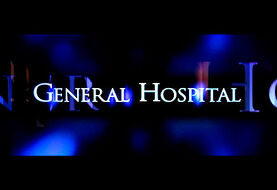 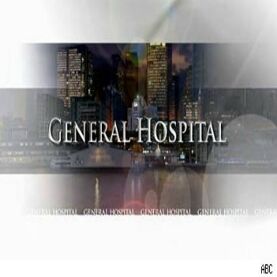 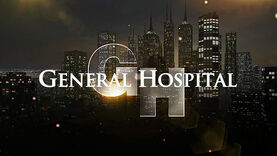 ABC stations in the Mountain and Pacific time zones, and in Alaska and Hawaii follow a Central time zone schedule for daytime programming; thus, General Hospital is scheduled by the network to air at 1:00 pm in these areas.

Community content is available under CC-BY-SA unless otherwise noted.
Advertisement